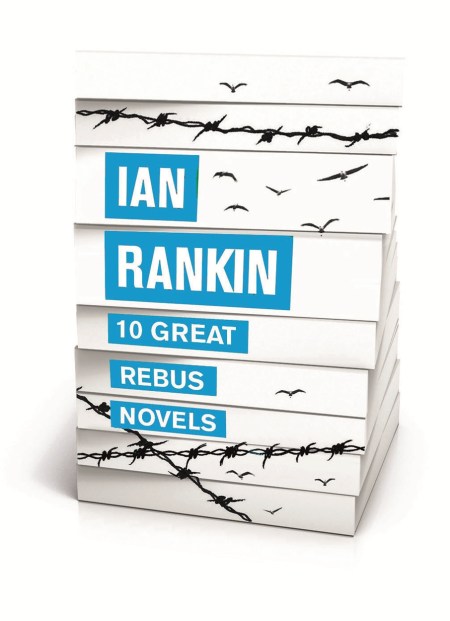 by Ian Rankin
A brilliant box set of the first ten Rebus novels. 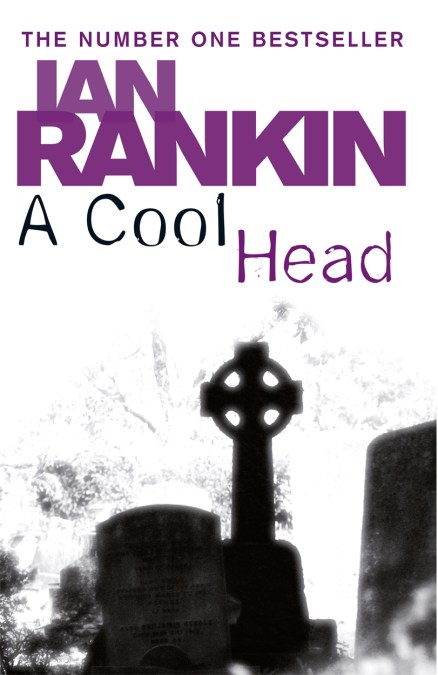 “My dad used to say to me, ‘Try to keep a cool head and a warm heart’. At least I think it was my dad. I don’t really remember him.”

Gravy worked in the graveyard – hence the name. He was having a normal day until his friend Benjy turned up in a car Gravy didn’t recognise. Benjy had a bullet hole in his chest, but lived just long enough to ask Gravy to hide him and look after his gun. Gravy had looked after things for Benjy before, but never a gun. When Gravy looked in the car he found blood, a balaclava and a bag stuffed with money. Gravy’s not too bright but he wants to help his friend.

So Gravy finds himself caught up in the middle of a robbery gone wrong, a woman who witnessed a murder, and some very unpleasant men who will do anything to get back the money Benjy stole… 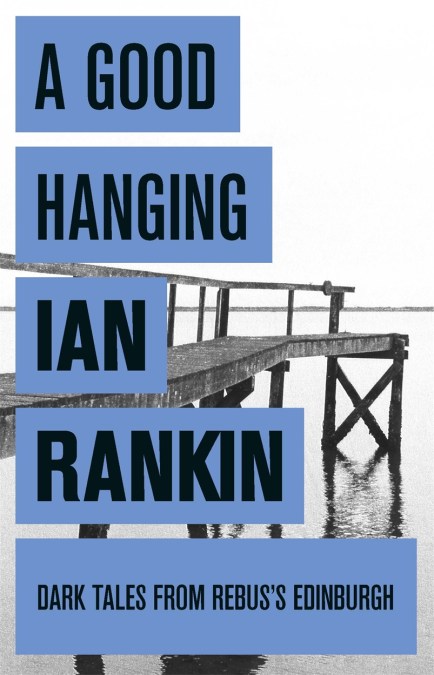 by Ian Rankin
Twelve Inspector Rebus mysteries from the award-winning, No.1 bestselling author.

Edinburgh is a city steeped in history and tradition, a seat of learning, of elegant living, known as the ‘Athens of the North’.

But that isn’t all. The city’s flip-side is a city of grudges, blackmail, violence, greed and fear – where past and present clash and old wounds fester. In any year Detective Inspector John Rebus can expect gang warfare, murder, assault and battery at the very least.

In this collection he investigates the hanging of a student actor during the Festival, an arson attack on a bird watcher and the witnessing of an apparent miracle… 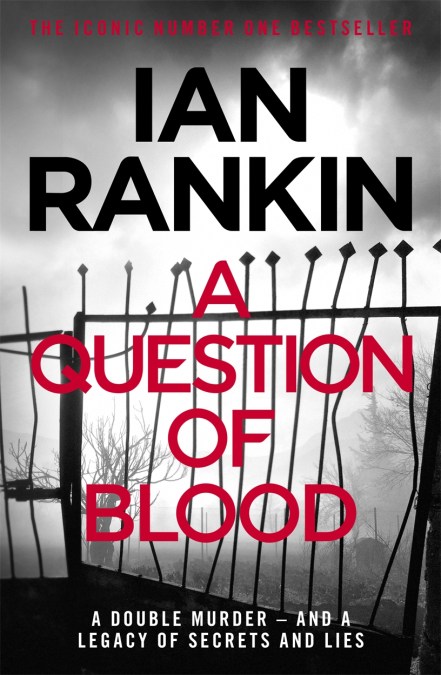 A Question of Blood

by Ian Rankin
The fourteenth Inspector Rebus novel – and No.1 bestseller.

Two seventeen-year-olds are killed by an ex-Army loner who has gone off the rails. The mystery takes Rebus into the heart of a shattered community. Ex-Army himself, Rebus becomes fascinated by the killer, and finds he is not alone. Army investigators are on the scene, and won’t be shaken off. The killer had friends and enemies to spare and left behind a legacy of secrets and lies.

Rebus has more than his share of personal problems, too. He’s fresh out of hospital, but won’t say how it happened. Could there be a connection with a house-fire and the unfortunate death of a petty criminal who had been harassing Rebus’s colleague Siobhan Clarke? 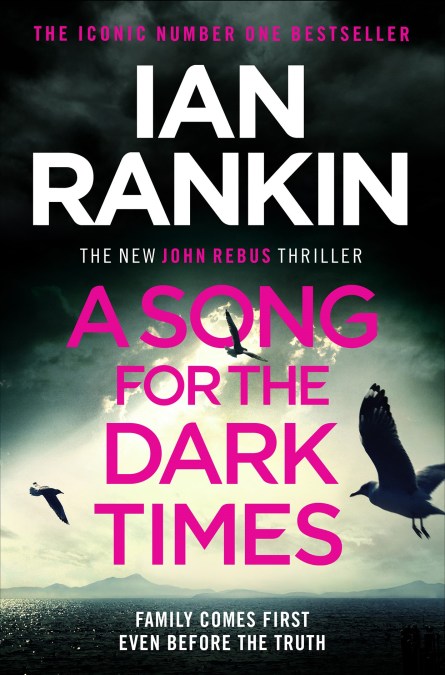 A Song for the Dark Times

From the iconic Number One bestseller Ian Rankin, comes one of the must-read books of the year: A SONG FOR THE DARK TIMES

‘Genius … Only great novels capture the spirit of the age. This is one of them.’
THE TIMES

When his daughter Samantha calls in the dead of night, John Rebus knows it’s not good news. Her husband has been missing for two days.

Rebus fears the worst – and knows from his lifetime in the police that his daughter will be the prime suspect.

He wasn’t the best father – the job always came first – but now his daughter needs him more than ever. But is he going as a father or a detective?

PRAISE FOR A SONG FOR THE DARK TIMES:

‘This is Rankin at his best, Rebus at his best, storytelling that meets the moment and transcends all genres and expectations.’
MICHAEL CONNELLY

‘An outstanding addition to one of the finest bodies of work in crime fiction.’
MICK HERRON

PRAISE FOR THE ICONIC NUMBER ONE BESTSELLER:

‘Rebus is one of British crime writing’s greatest characters: alongside Holmes, Poirot and Morse’
DAILY MAIL

‘One of Britain’s leading novelists in any genre’
NEW STATESMAN

‘Rankin is a phenomenon’
SPECTATOR

‘Worthy of Agatha Christie at her best’
SCOTSMAN 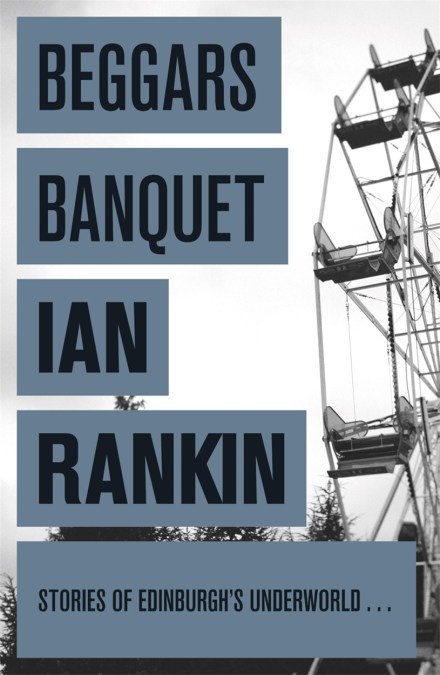 by Ian Rankin
A brilliant collection of short stories from No.1 bestselling author Ian Rankin.

Over the years, Ian Rankin has amassed an incredible portfolio of short stories. Published in crime magazines, composed for events, broadcast on radio, they all share the best qualities of his phenomenally popular Rebus novels.

Ranging from the macabre (‘The Hanged Man’) to the unfortunate (‘The Only True Comedian’) right back to the sinister (‘Someone Got To Eddie’) they all bear the hallmark of great crime writing. Of even more interest to his many fans, Ian includes seven Inspector Rebus stories in this collection… 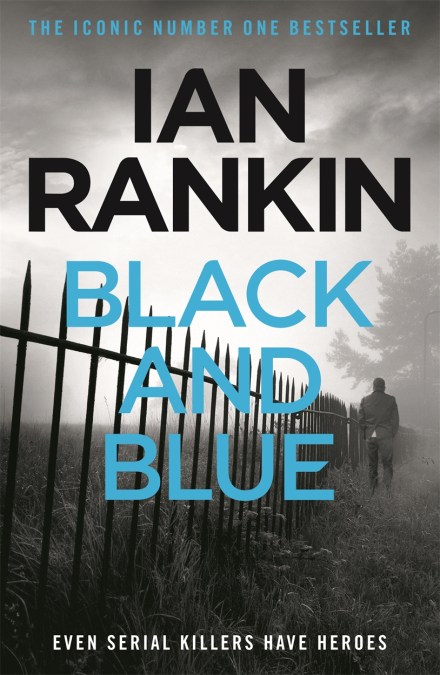 by Ian Rankin
Special edition of the award-winning Rebus novel from the No.1 bestselling author of A SONG FOR THE DARK TIMES – includes exclusive extra material.

DI John Rebus’s unconventional methods have got him in trouble before – now he’s taken away from the inquiry and sent to investigate the killing of an off-duty oilman. But when his case clashes head-on with the Johnny Bible killings, he finds himself in the glare of a fearful media, whilst under the scrutiny of an internal enquiry. Just one mistake is likely to mean losing his job – and quite possibly his life. 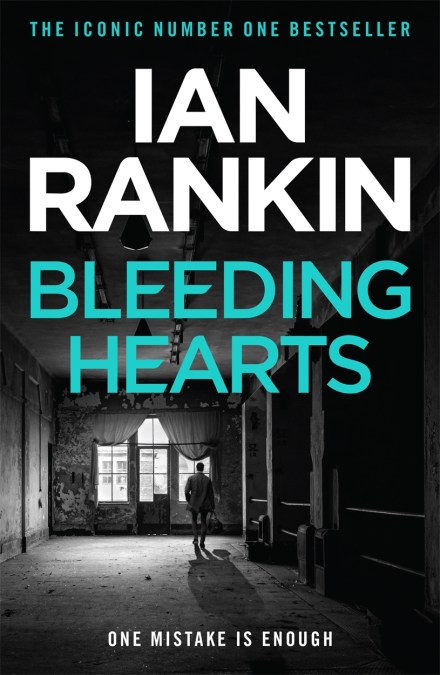 by Ian Rankin
What happens when a killer becomes the target…? A gripping tale from the No.1 bestselling author A SONG FOR THE DARK TIMES

The death of a journalist from a single bullet to the heart makes for a dramatic story – but the twist in the tale is that this time, it’s the man who fired the gun who’s asking all the questions…

The assassin, Michael Weston, knows he has carried out his assignment successfully. One mistake was enough, a long time ago, when a young girl had accidentally received the fatal bullet. Her father hired a PI named Hoffer to track him down. Every time Weston completed a job, Hoffer was not far behind. But why had the police been on the scene so quickly? Weston has to find out – even if it means coming face to face with Hoffer… 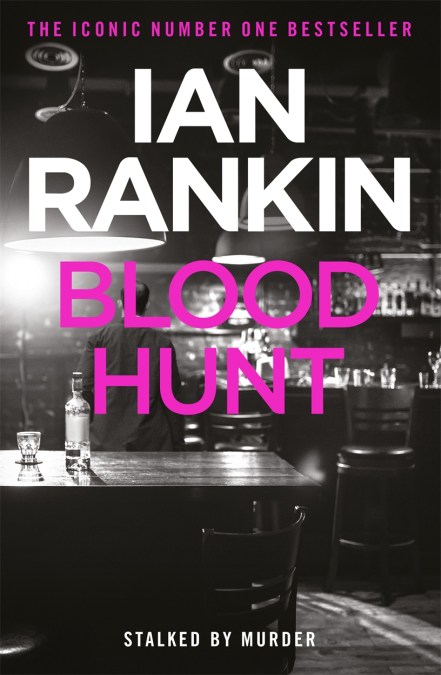 by Ian Rankin
The horror has just begun… A brilliant thriller from the No.1 bestselling author of A SONG FOR THE DARK TIMES.

‘No one writes more gripping stories than Rankin’ TLS

It begins with a phone call. Gordon Reeve’s brother has been found dead in his car in San Diego. The car was locked from the inside, a gun was in his hand. In the US to identify the body Gordon realises that his brother has been murdered. What’s more, it’s soon obvious that his own life is in danger.

Once back in Scotland he finds out his home has been bugged by professionals. But Reeve is a professional too. Ex-SAS, he was half of a two-man unit with someone he came to fear, then to hate. It looks like his nemesis is back… 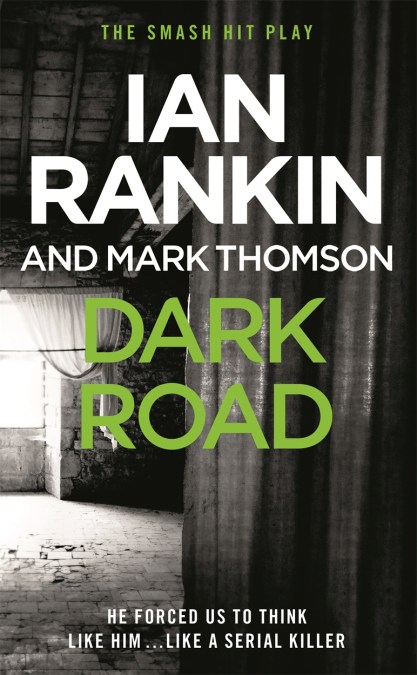 by Ian Rankin by Mark Thomson
First performed at Edinburgh’s Royal Lyceum Theatre, the first stage play from the SUNDAY TIMES No.1 bestselling author of A SONG FOR THE DARK TIMES

It’s been 25 years since Alfred Chalmers was convicted of the gruesome murder of four young women in Edinburgh. Isobel McArthur, Scotland’s first Chief Constable, was the woman responsible for putting him behind bars, but the case has haunted her ever since.

Now, with her retirement approaching, McArthur decides the time has come for answers. To uncover the truth, she revisits the case and interviews Chalmers for the first time in decades. But her decision rips opens old wounds and McArthur is soon caught up in a web of corruption, psychological mind-games and deceit that threatens not only her own life, but those of her fellow officers and even her own daughter. 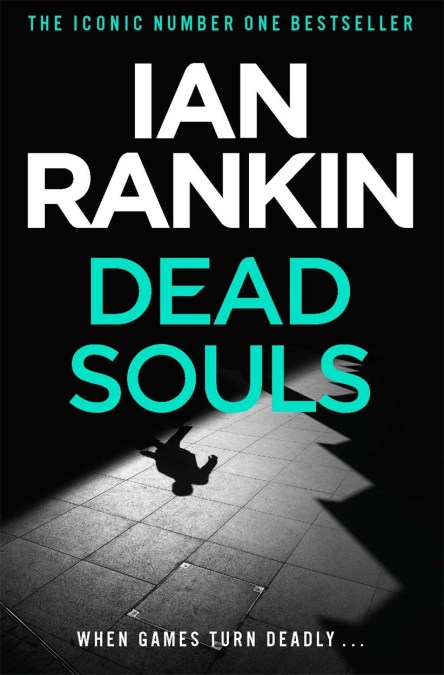 by Ian Rankin
The tenth Inspector Rebus novel from the No.1 bestselling author of A SONG FOR THE DARK TIMES.

Stalking a poisoner at the local zoo, Inspector John Rebus comes across a paedophile taking pictures of children. When the social workers claim he is there for legitimate educational reasons, Rebus is faced with a dilemma – should he be outed to protect local kids or given a chance to start anew?

As the locals begin a hate campaign Rebus gets a call from the past: the son of a friend has gone missing and no one else will make time to ask the right questions. And then a fragment of Scotland’s criminal history is repatriated at the end of a life sentence for murder. Once more Rebus’s cup of trouble runneth over and the ghosts of past misdeeds return to haunt Edinburgh’s streets. 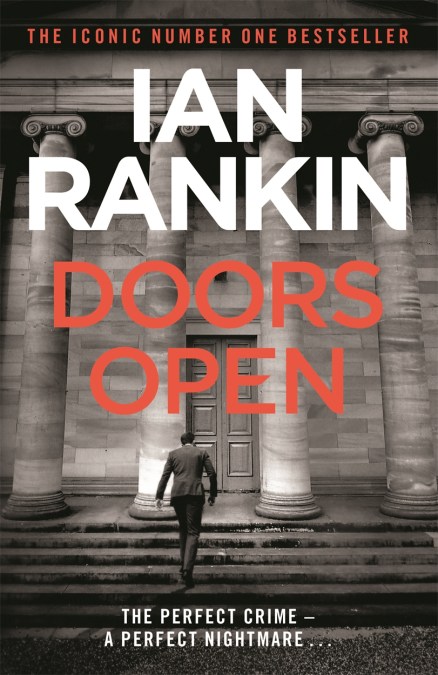 Mike Mackenzie is a self-made man with too much time on his hands and a bit of the devil in his soul. He is looking for something to liven up the days and settles on a plot to rip-off one of the most high-profile targets in the capital – the National Gallery of Scotland.

So, together with two close friends from the art world, he devises a plan to lift some of the most valuable artwork around. But of course, the real trick is to rob the place – whilst persuading the world that no crime was ever committed… 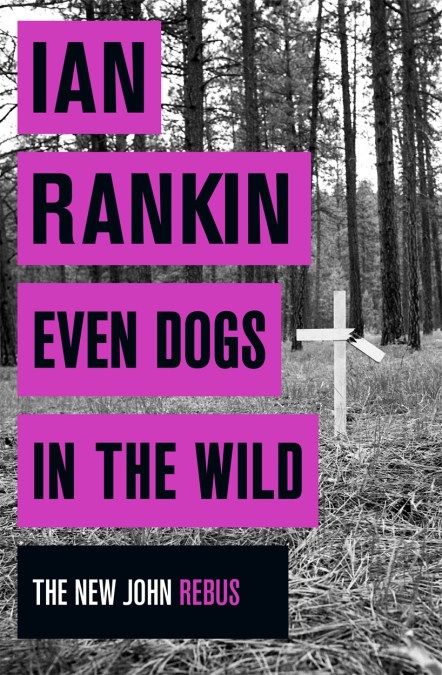 Even Dogs in the Wild

by Ian Rankin
Hands in his pockets, Rebus turned to face Cafferty.
They were old men now, similar builds, similar backgrounds. Sat together in a pub, the casual onlooker might mistake them for pals who’d known one another since school.
But their history told a different story.

Retirement doesn’t suit John Rebus. He wasn’t made for hobbies, holidays or home improvements. Being a cop is in his blood.

So when DI Siobhan Clarke asks for his help on a case, Rebus doesn’t need long to consider his options.

Clarke’s been investigating the death of a senior lawyer whose body was found along with a threatening note. On the other side of Edinburgh, Big Ger Cafferty – Rebus’s long-time nemesis – has received an identical note and a bullet through his window.

Now it’s up to Clarke and Rebus to connect the dots and stop a killer.

Meanwhile, DI Malcolm Fox joins forces with a covert team from Glasgow who are tailing a notorious crime family. There’s something they want, and they’ll stop at nothing to get it.

EVEN DOGS IN THE WILD brings back Ian Rankin’s greatest characters in a story exploring the darkest corners of our instincts and desires.

by Ian Rankin
Sometimes murder is the easy way out…
A brilliant Rebus novel from the No.1 bestselling author of A SONG FOR THE DARK TIMES.

A mugging gone wrong … or murder?

A dissident Russian poet is found dead – at the same time a delegation of Russian businessmen arrives in town. For some, it is crucial that the case is closed quickly, clinically and with the minimum of attention.

But DI Rebus and DS Siobhan Clarke believe this is something more than a random attack – especially after a particularly nasty second killing. Then, a brutal and premeditated assault on a local gangster puts Rebus in the frame – and he may not survive long enough to solve anything… 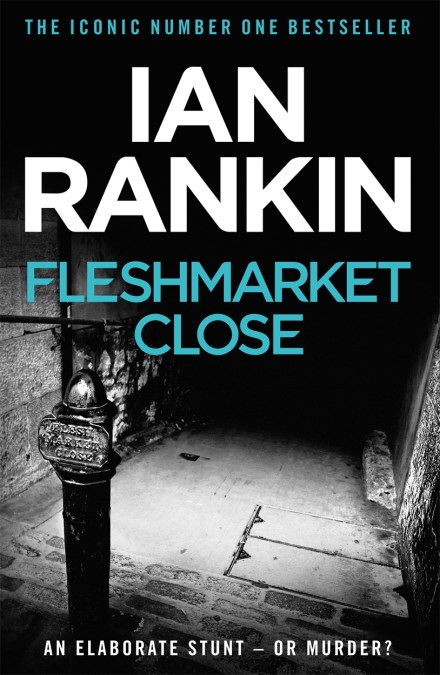 by Ian Rankin
The fifteenth Inspector Rebus novel from the No.1 bestselling author of A SONG FOR THE DARK TIMES

‘It’s another Rebus novel you can’t put down, and Rankin at his most powerful’ CHOICE

An illegal immigrant is found murdered in an Edinburgh housing scheme. Rebus is drawn into the case, but has other problems: his old police station has closed for business, and his masters want him to retire. But Rebus is stubborn. As he investigates, he must visit an asylum seekers’ detention centre, deal with the sleazy Edinburgh underworld, and maybe even fall in love…

Siobhan meanwhile has problems of her own. A teenager has disappeared and Siobhan must help the family, which means getting close to a convicted rapist. Then there’s the small matter of the two skeletons found buried beneath a cellar floor in Fleshmarket Close. An elaborate stunt – but whose, and for what purpose? And how can it tie to the murder on the housing-scheme known as Knoxland?
Next Page