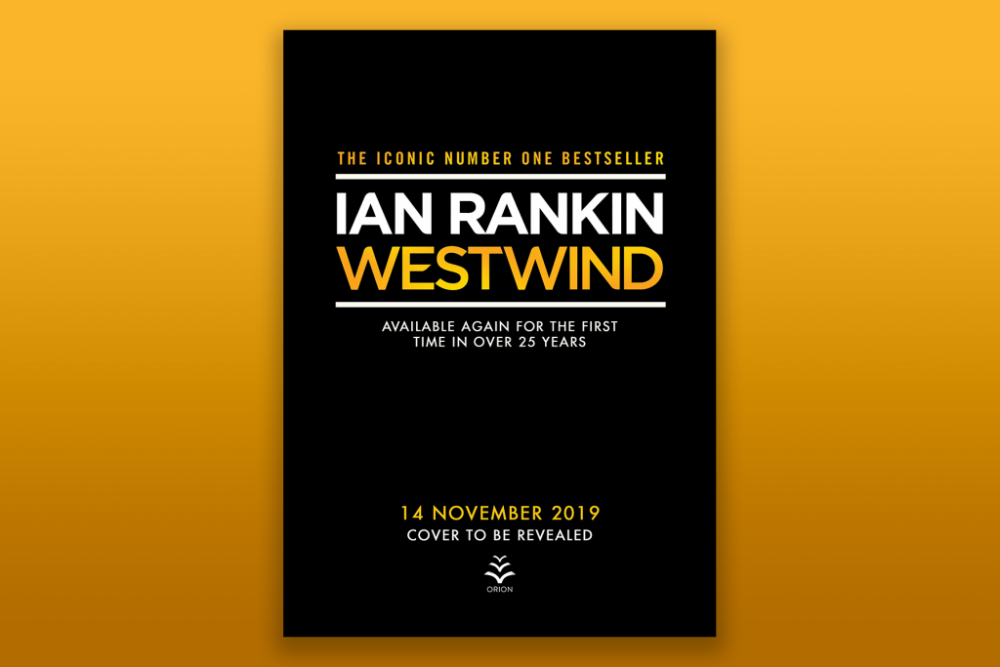 November 2019 will see a brand new publication of WESTWIND, a ‘lost’ Ian Rankin novel which has been out of print for nearly 30 years!

Originally published in 1990, in a hardback run of just 1,000 copies, WESTWIND was Ian’s fourth novel. This updated edition, featuring a new cover and introduction from Ian, launches in hardback, ebook and audio on 14 November 2019

You can pre-order a copy now from:

In Europe, the Americans are pulling out their troops in a tide of isolationism. Britain, torn between loyalties to America and the continent, is caught betwixt and between. In America, a space shuttle crashes on landing, killing all but one of the crew on-board: A British man named Mike Dreyfuss, who will become vilified by the US press and protesters.

Halfway across the world, Martin Hepton, an English ground control technician watches as they lose contact with the most advanced satellite in Europe. A colleague of Hepton’s who suspects something strange is going on is signed off sick, and never comes back. But there is much more at stake than anyone realises – and many more people on their trail than they can possibly evade…