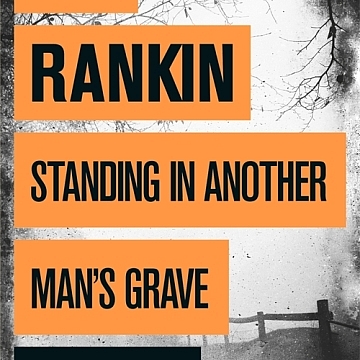 Greetings from the road. I’m halfway through December’s UK tour as I write this. I still seem to be on Antipodean time though, having spent much of November on tour in Australia and New Zealand. The reception given to Standing in Another Man’s Grave has been phenomenal – it seems many of you had been missing Rebus! Me, too, as it turns out, though I didn’t know it until I started writing the book. Speaking of which, the BBC documentary about the genesis of SIAMG is still be available to watch online. Some good stuff got left on the cutting-room floor but it’s still a good watch. It includes a behind-the-scenes look at the filming of Doors Open and an interview with Stephen Fry – Doors Open will be on ITV on December 26th. I’ve watched it and it is very good – and faithful to the book. Always nice when the author can report that.

With all this touring, I’m behind on my next book. I can’t plot (or think straight) when I’m on the road, and while it’s been hugely gratifying to see SIAMG get to Number One, I’m itching to see an empty diary staring back at me so I can settle down to ponder 2013’s offering. As of now I’ve no idea what it will be – Rebus, Fox, Doors Open 2, etc etc. I’m hoping inspiration will strike over the festive period.

As this is my last newsletter of the year, time for my annual round-up.

Albums of the year:

That’s my top ten but honourable mentions to: PIL, Jack White, Richard Hawley, Love and Money, Hawkwind, Donald Fagen, Dexys, Leonard Cohen, Meursault. And out of left-field: Sergeant Buzfuz. My reissue of the year was Paul McCartney’s Ram (in mono).

Film of the year: The Intouchables.

TV: The Thick of It.

So that was 2012. It started with a big green folder full of ideas for stories, and ended with a visit to London to pick up a ‘gong’ from the British Book Awards. Next year will begin with that folder again. No idea how it will end. Here’s wishing you all a great Christmas. Happy reading throughout 2013!